In a recent non-paid review from OSReviews this power bank stood out above the competition.

Popular YouTube video review channel OSReviews has placed its focus on the Mogix portable battery charger and has pointed out the many ways that this device was able to shine within its category.

Among the first things that was pointed out in the review was the powerful dual charging ports.

The reviewer demonstrated that not only does the Mogix portable battery charger make it possible to plug two different devices in at the same time, but that it also makes it possible to recharge a device at a rate that is even faster than plugging it in to the average wall socket. This is a very attractive feature in a backup power bank as it allows the device to be recharged as quickly as possible.

The small, light, and durable construction of the portable battery charger from Mogix was also spotlighted.

This 10400 mAh mobile power bank was also praised for its durable, sleek, and attractive construction and the fact that it is quite slim and light. The one downside to its glossy exterior was that it attracts fingerprints. Equally, those can be easily wiped away using virtually any kind of soft fabric cloth. The reviewer pointed out that it feels solid in the hand and has a consistent weight distribution, each of which revealed careful attention to quality.

The top corner of this mobile battery pack offers a button for an LED indicator that reveals how much battery power is left within the device. This is made up of four LED lights, each of which represents approximately 25 percent of the complete charge of the gadget.

All of the ports (the two USB outputs for recharging mobile devices and the micro USB input for charging up the battery pack, itself through a computer or a wall charger) are all available on the top. The reviewer pointed out that the device isn’t much wider than the USB ports, themselves, showing that this portable battery charger is very slim, despite the large amount of power that it holds, and can be easily carried in a pocket and is “easy to carry around”.

When the power bank was tested with two devices, it was determined that even when “simultaneously charging to products at once has no effect on the charging rate, the speed, or the temperature of the power bank.”

A spokesperson from Mogix, Angelia Linders was pleased to see the review and explained that “We are thrilled about our 5 Star customer satisfaction reports, scoring 95%, showing people are loving how dependable and easy our Slim Fit power banks really are.”  More information is also available through the Mogix YouTube Channel. 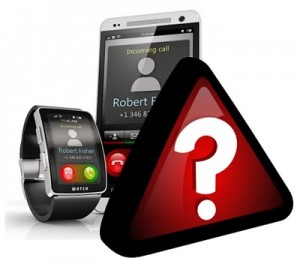