The retailer has provided its sales associates with the ability to send these SMS images of merchandise.

Nordstrom Inc. has announced that it is providing its sales associates with a new mobile marketing tool by way of the ability to provide customers with photo texts of merchandise that may be relevant to those shoppers.

The company has started to use a new service through Twilio, a business that offers new messaging capabilities.

These mobile marketing tools are being provided by Twilio to a number of different websites and is now working its way into Fortune 500 companies. Nordstrom has chosen to take on this new capability at a time in which online and mobile commerce is greatly picking up in momentum. Brick and mortar shops are finding themselves in a highly competitive market and those that do not keep up with the technological element, including features for smartphone users, risk rapidly falling behind.

Nordstrom discovered that nearly one in three customers would prefer text based mobile marketing communications. 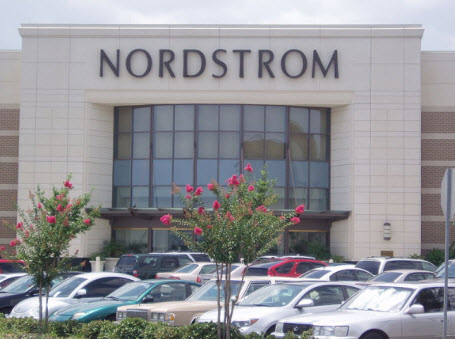 According to Dan Evans, a spokesperson for Nordstrom, “Almost one-third of our customers have told us they prefer to be contacted by text message and more importantly text messaging with pictures to share fashion images or photos of merchandise with each other.”

Before working with Twilio, sales associates from Nordstrom were able to text customers who had opted in to receive notifications about new merchandise that they might like. However, when using the old system, it was too costly for the retailer to send images along with those messages. Moreover, the retailer was required to wait for months in order to receive the necessary short code to which a given mobile ad could be sent via text. According to Twilio’s data, when all is said and done, a company could spend over $10,000 on each individual short code, per year.

Twilio was able to come up with a mobile marketing deal with three telecom carriers, making It possible for the company to instantly obtain a standard 10 digit phone number for all MMS communications, eliminating the need for those short codes at $10 thousand, each. Its clients pay prices as low as $1 per number, $0.02 to send messages and $0.01 to receive them, offering volume discounts.