You might be wondering why people would want to listen to online radio when they can just conveniently save songs to their mp3 players or their smartphones. Why bother going online when it is very much possible to play all your music offline? There’s just something about the “radio” format that makes music lovers continue listening.

But how do you know which online radio is the best option? What are the features to take into account? Consider the following discussions as you narrow down your choices?

A good online music streaming site has to have an extensive music catalog. It doesn’t have to be in the 10 million-and-up range. What’s important is the quality and type of music available. The songs played should suit your preferences. Some online music streaming services tout having over 20 million songs when the number is practically not that much of an advantage.

Free is of course always preferable. However, if you have the bucks to spare, comparing options that would require some subscription fee would be okay. Cheaper is better but you have to make sure you’re getting your money’s worth. Be meticulous in making your choice to find the best option.

If you compare Pandora and Spotify, you will find out that Pandora has the cheaper offering. You can also consider Jango Radio. It is a free online music streaming service with very attractive features. Just do a quick search on Google to know all about Jango Radio and find out if it can suit our needs and preferences. 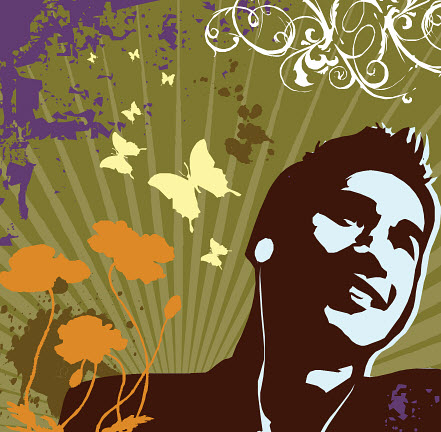 The features offered definitely matter. You have to find an online music streaming service provider that can provide you the most options for your listening pleasure. It should at least provide the option to choose and create stations based on music genre and artist. The option to create playlists that can be stored offline is also preferable.

Additionally, it will be great if the online music service can be used through various ways. Aside from being accessible through a web browser, it will be a significant advantage having the ability to access it through mobile apps. Playing music is one of the most frequent uses of web-enabled mobile devices. You will certainly appreciate the convenience of being able to tune in to your online radio through your smartphone or tablet.

A rich set of features does not mean anything if they are not reliable. Hence, you have to make sure that you are choosing a reliable online music service. Ideally, downtimes should never exist or they should be very minimal. The features should also work as expected. You certainly wouldn’t like finding out that your playlists or station selections suddenly disappeared or are getting jumbled or truncated.

Likewise, you have to find one that is intuitive. Figuring out how to use it should be a breeze. As much as possible, you should be able to make use of shortcuts. The controls should be easy to find and toggle. You should easily learn how to make use of the features being offered.

5. Updated Music and Interaction with other Users

Just like traditional radio, it is important for the online radio service you are choosing to be updated with their music selections. While you may appreciate some oldies and other music from the yesteryears, you are more likely to want new songs playing on your radio.

Moreover, being able to interact with other listeners can be a great advantage. Going social is today’s trend. If you can share playlists or get updated with the hottest musical selections across the web, you will likely have a more enjoyable listening experience.

Consider these pointers as you look for a good online music streaming service. Aims to find the one that offers the best set of features, reliability, extensive music catalog, and intuitive interface. Do your own assessment and don’t just copy what others are using.

Ulrich A. is a music buff who also loves the online life. If you are looking for information and insights about music, he could be your go-to guy. Be sure to drop by his blog if you want to know all about Jango Radio and other online music streaming services.

Do you constantly find yourself not being able to make a decision because of too many choices?

This dilemma is actually preferable than having no choice at all. But this is still a clear example of paralysis by analysis. And this happens frequently to music lovers trying to find the best music streaming app—there are just too many choices out there.

To answer the question of how to find the best media streaming app, you have to look at the range of choices. Of course, we know you’re the busy sort. So we’re doing it for you. Right down below, we will discuss, in some detail, some criteria in choosing which music streaming app works for you.

This all depends on the kind of budget you have (and whether you’re a spendthrift or cheap). There are apps that are free to download but need you to pay a subscription for you to start listening. There are also free apps that deliver free content. A good example is Pandora (http://www.pandoraapp.org/).

We’re not advocating one over the other. Both types of apps have their pros and cons. The subscription apps offer more features and no ads. It’s perfect for those who have complicated musical requirements and for those who are impatient. Otherwise, the free apps with ads (and other such annoyances) are par for course.

Music streaming apps vary in the degree in which the user can customize and personalize both the content and functionality. All the big players offer their users and subscribers with a degree of control to choose and customize what music they want played and when they want it played. As a result, users can create their own playlists and music stations.

Again, each app offers varying degrees of customization features. It’s up to the user to determine which works best for him. As an example, Grooveshark lets you pick and choose the music you want free. This lets you customize your playlist to your heart’s content. In other music streaming apps (like Spotify), this feature is for a fee.

Not all apps allow users to share their playlist to other users. Before you decide on downloading an app, you can check whether they have sharing capabilities. The music streaming experience is made more dynamic when one can share playlists and can access other user’s playlists.

Through these sharing capabilities, the music streaming app takes on a social media component. People start connecting with each other through music when sharing is allowed in the app you chose.

An app’s breadth of choices is another criterion one looks for in finding the best music streaming app. A majority of the apps have most of the mainstream fare on offer. But there are a few out there who feature underground acts who have yet to hit mainstream recognition. If you’re the type to listen to the offbeat and obscure, then look for apps like SoundCloud.

Some apps go the extra mile and offer World Music choices to appeal to a broader audience. And some make it even easier for users by categorizing music into genre, artist, record label, etc.·

If you’re living outside the US, it’s important to consider the availability of the app’s services in the area where you live. But with the way technology progresses, these apps will no doubt serve all parts of the globe in the near future.

You don’t have to experience paralysis by analysis if you know how to go about making the right choice. Sure, there are probably hundreds of music streaming apps by now. But you can easily weed out the mediocre ones from the truly good ones. Again, to each his own. There’s no “best” app because one’s preferences should always be considered.

Jimmy R. loves listening to music so much that he can’t help write about it. He is an advocate of music streaming apps, especially the free ones.