An Astound Commerce survey showed that people are shopping on smartphones more than ever.

The results of a new mobile commerce growth rate study have been released by Astound Commerce. The study was based around a survey titled “Mobile Accelerates to the Express Lane.”

The report illustrated the m-commerce sales trend in the United States and where they will reach this year.

The study results indicated that the American Mobile commerce growth rate would bring sales to $130.92 billion by the close of the year. This means that it will make up 33 percent of the overall e-commerce sales completed this year. Moreover, in the prior 12 months, there was a 40 percent year over year increase in discretionary spending in mobile commerce. In e-commerce, that figure was markedly lower, at 11 percent.

The mobile commerce growth rate also impacted other parts of the shopping process aside from purchases. 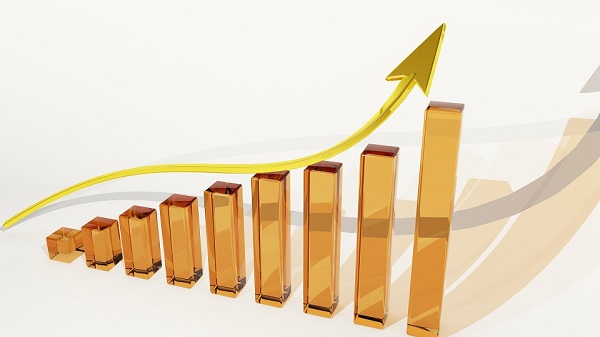 The Astound Commerce report indicated that buying was only one component of the mobile commerce journey. People are also using their smartphones to research products. Among the survey respondents, 40 percent said they read their emails and would frequently visit retailer sites at the same time. Moreover, another 40 percent said smarphones make the shopping transaction process faster.

Consumers have developed a heavy reliance on their mobile devices. They will frequently consult their small screen gadgets before other channels. This includes both shopping in-person at brick and mortar stores and visiting e-commerce sites. Fifty five percent of device users will research products on their smartphones ahead of going to a store in-person. Moreover, 42 percent said they look into products on their smartphones and tablets while in-store.

The mobile commerce growth rate was greatly influenced by certain specific factors. For instance, 68 percent of shoppers feel relevant product search results are important. Fifty nine percent value seeing high-quality product images. Another 49 percent said they appreciate it when detailed product reviews are made available for them to read before purchase. A whopping 98 percent felt it was important for consistency to exist throughout all channels. A product’s price should be the same from a given merchant regardless of whether the purchase is made over m-commerce, e-commerce or in person.

This, according to the results of a recent study that was conducted by Synchrony Financial.

Consumer financial services firm, Synchrony Financial has released the results of its 2015 Digital Study that underscores the importance of mobile shopping strategies for retailers that want to boost their customer experience and engage their shoppers.

The survey was held throughout March and April of this year, with the participation of 7,000 of the firm’s customers.

The customers were selected at random from throughout the country. The purpose was to build a better understanding of the way in which customers view mobile shopping in the retail experience, and what they expect from the offerings over their smartphones and tablets. There were a number of key findings that identified some important trends to retailers that will be keeping a focus on the tech expectations of consumers.

Among the primary findings of the study was that nearly 50 percent of respondents use mobile shopping. 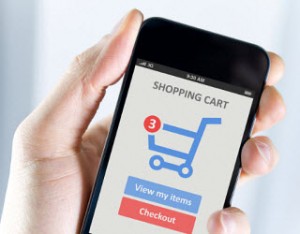 Nearly one third of the survey participants will purchase a product after having seen it on social media. Moreover, it was also pointed out that about the same number of respondents to the survey said that the receipt of offers via text would push them to make an incremental shopping visit. Additional value offers, such as loyalty programs, free shipping, and personalized offers also proved to continue to be important to the people who completed this survey.

The report indicated that consumers are using mobile technology to an increasing degree. Adoption of m-commerce has been rising among central segments of the population. Of all of the study’s respondents, 45 percent said that at some point this year, they had already used a smartphone or tablet in order to complete a task that is related to shopping, such as reading or leaving reviews, researching a product, brand or store, sharing information over social media, or actually making a purchase. This represented an increase of 4 percent over the figure from 2014. When compared to 2013, it represented an increase of 9 percent.

As mobile shopping habits continue to be an increasingly important trend among all mobile devices and all age groups of shoppers, the report showed that retail habits are also continuing to change.