yStat reports on the state of mobile commerce around the world

According to the report from yStat, the number of people that make purchases from a mobile device reached more than 400 million this year. Approximately 40% of all retailers around the world offer consumers options to purchase products through a mobile device, a trend that is expected to gain strong momentum in the wake of the holiday season. yStat predicts that the number of mobile consumers worldwide will reach 600 million by 2014, with growth backed by new mobile commerce platforms and services.

US, UK, and Germany show promising growth in mobile commerce

The yStat report highlights the performance of mobile commerce in several countries. In the U.S., the report notes that traditional online sales have increased at a slower rate than mobile sales this year, especially in the realms of ticketing and travel. By the end of 2012, the United Kingdom is expected to hold the highest share of mobile sales in all of Europe, followed closely by Sweden. Mobile commerce has experienced strong growth in Germany, with the total number of mobile shoppers in the country growing more than 10% in 2011.

The growing popularity of mobile commerce is pushing telecommunications and technology companies to develop new products that are better suited to the needs of mobile consumers. Smart phones and tablets equipped with NFC technology are becoming more common, but are not yet at the point where they can be considered mainstream. 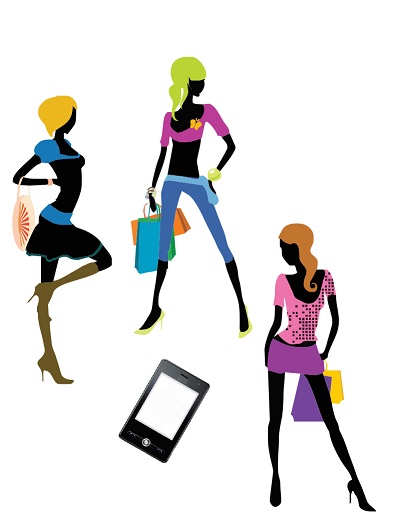 As the number of smartphone using consumers increases, so is the demand for mobile experiences.

Businesses ranging from retail stores to hotels are discovering that they need to keep up with the pace of technology, which means that mcommerce is already a vital part of ensuring future survival.

It is no longer an option for companies to avoid these changes.

Over half of consumers in the United States now have smartphones, and a growing number of them have come to expect that their favorite places to shop will cater to their desire to use these devices to make purchases and reservations. Many business owners are under the impression that this will require a great deal of time and expense, but it is possible to take part in mcommerce without tying up a large amount of a marketing budget or resources.

The mcommerce experience allows companies to become closer with consumers.

A survey performed by IMB this year that spoke with CEOs of companies of various size showed that 88 percent felt that their highest priority between now and 2017 was to bring themselves closer to their customers. Mobile commerce is an exceptionally important way to reach this goal.

Although the standard web remains important, as the majority of consumers still use desktops and laptops for shopping and searching online, recent data from Google has shown that 15 percent of online activity comes from mobile sources. This is a market segment that is simply too large to ignore, and it grows bigger every month.

By using social and mcommerce, companies get develop a better understanding of who their customers are and what they want from their experience. It becomes possible to identify many more variables than is possible from in-store or standard online shoppers. Once that information has been obtained, the customer experience can be continually personalized and polished in order to make sure that each customer type can shop in the way that they enjoy the most.

Mcommerce profiles allow businesses to personalize each individual shopper or guest, so that marketing, information, and purchasing can all be geared toward their interests, expectations, and needs.