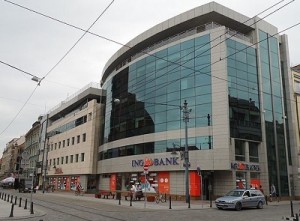 Dutch bank ING has begun showing support for Apple Pay. The new mobile payments platform from Apple has yet to launch beyond the United States, but ING is already showing support for payments made from Apple devices. Apple has seen significant promise in the mobile payments space and has responded to the increasing demand for payment services by offering its own. In the few months since Apple Pay’s release, it has become a prominent competitor in the new commerce space.

Apple Pay launched with the support of thousands of retail organizations and the support of some of the largest financial institutions in the world. Despite this strong support, the platform has yet to become a mainstream success, but it one of the very few mobile payments services that is available for iOS devices. The success of Apple Pay has been growing slowly over the past few months, which may have slowed Apple’s plans to release the service in other countries.

Rumors suggest that Apple Pay may expand into Europe, the Middle East, India, and Africa

While many banks have begun to show interest in supporting Apple Pay, others in the United Kingdom have expressed concerns over the security of the platform. Mobile commerce has begun to attract the attention of malicious groups that seek to exploit consumer financial information, and relatively few platforms have the security measures in place to protect this information.