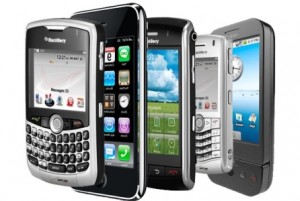 The consumer electronics company has increased its efforts to step into a rollout of those devices.

It has already been revealed that Huawei plans to focus on health when it rolls out its second generation of wearable technology called the TalkBand, but it is now clear that this focus will be a great deal larger when that release occurs in the Asian markets.

The device was first unveiled at the Mobile World Congress 2015 (MC 2015) last march in Barcelona.

The TalkBand B2 saw its first launch at the MC 2015 as a health tracker and Huawei’s response to the need for it to take part in the growing health based wearable technology market. Based on the first generation device, the TalkBand B1, this latest gadget, the B2, has taken off from there and is focused on business executives who are always on the run, as well as on people who are more athletic and want a serious tracker. The design of the device is meant to be more professional to be able to appeal to people who want to have a business-appropriate look to their wearables.

Another focus on this wearable technology device is on allowing a business executive to multitask.

The reason is that it now comes with a Bluetooth earpiece, so that the smartwatch can be used to answer calls from the smartphone with which it has been paired, regardless of whether he or she is on the go, at a desk, or even while working out. All the user needs to do is detach the ear piece and put it on in order to be able to answer the call.

According to Huawei, the majority of users now have two or more smartphones, so the TalkBand B2 has been designed to connect with either Android or iOS smartphones, or both types at the same time. The smartwatch can connect with up to two smartphones at any given time. This can also be considered to be a handy feature for people who are on the go and who have two smartphones with them, as it provides a central hub from which all calls can be answered.

That said, the primary feature focus of this wearable technology remains the health and fitness trackers. These detect and record a spectrum of different types of activities which range from walking to hiking, running to climbing, and even cycling, as well as calculating the number of burned calories and the duration of sleep that the wearer receives.