Company has raised $5.9 million during recent round of funding

SimplyTapp, a provider of Host Card Emulation solutions for cloud-based mobile payments, has announced that it has raised $5.9 million during its Series B funding round. The company notes that several new investors have contributed to its future and existing investors, such as Blue Sky Capital, have continued to show their support. Thus far, SimplyApp has raised some $7.6 million in funding that will be used to further develop its cloud-based security solution for NFC-powered mobile payments.

Security continues to be a problem for the mobile sector 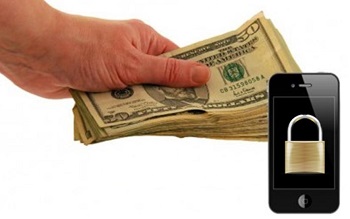 SimplyTapp’s cloud-based solution may help provide consumers and businesses participating in mobile commerce with some peace of mind. The system is designed to authorize transactions and confirm consumer information through a cloud network. This provides an extra layer of security when financial information is being accessed. SimplyTapp has opened up its platform to developers in order to enable them to design new applications and services that are more capable of keeping consumer information safe.

Security has become one of the most significant challenges facing mobile commerce currently. Cyber attacks in this sector are becoming more common, and the lack of effective security solutions is one of the reasons behind this problem. Despite security concerns, consumers have shown that they are quite enthusiastic about mobile payments, wanting to use their smartphones and tablets more often when purchasing products.

The Australian bank is the first bank in New Zealand to try out Host Card Emulation (HCE) m-payments.

According to Westpac, it is utilizing Carta Worldwide’s HCE technology for its three month NFC-enabled mobile payments trial in New Zealand, and the payments systems is compatible exclusively with Android smartphones equipped with the most recent software updates.

Westpac hopes to launch a digital wallet in the country.

Shane Howell, the chief product officer of Westpac said that the trial is the initial steps toward a fully digital wallet in the country and that they expect their mobile wallet will be available to customers in early 2015.

Howell stated that “We already use our smartphones to organize so many aspects of our lives, so using them to make payments is just a natural extension of this.” He added that the three month test is only the “first of four key components we are looking to develop that will make up a digital wallet for Westpac customers.”

He explained that there are additional components that the financial institution is considering incorporating into its digital wallet, such as loyalty programs and public transit transport cards. It is even considering a form of ID, such as a driver’s license. Howell said that what Westpac is working toward achieving is a “true digital wallet experience” that is easy for customers to use and that is safe.

Mobile payments security is an essential feature of the digital wallet.

Westpac developed the mobile wallet in a partnership it made with Carta Worldwide, a company known for global payments innovation. The Australian bank has said that for its digital wallet, security is key.

Rui Mendes, Carta’s chief technology officer said that with Carta’s advanced and layered security, every single mobile transaction that is made is protected. HCE allows for secure mobile transactions that are compatible with contactless terminals. The company’s cloud-based solution is equally as secure as using plastic cards because of its data security advancements and its app features, such as mobile PIN.