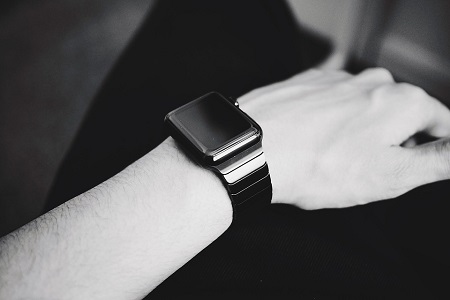 Google announced that this wearable tech is ready for the market.

During its annual I/O developers conference, which was held in San Francisco, California yesterday, the search engine giant made it known that the Samsung Gear Live smartwatch and the LG G smartwatch are market ready. However, the company stated that Motorola’s smartwatch – Moto 360 – will not be going on sale until later on in the summer.

In addition, Google declared that the voice enabled Android Wear platform is available in API for developers. This feature allows users to verbally interact with their wearables in a way that is not unlike Google Now.

Furthermore, social media has been integrated into the devices. For instance, if a user likes another person’s pin about a restaurant on Pinterest, the watch will alert the user when they are near the restaurant. Also, users can ask their smartwatch to call them a car with Lyft, which knows where the user is located from the watch’s GPS. Google demoed the notifications and voice commands during the conference.

Android Wear smartwatches will be available with circular and square screens.

According to Google’s director of engineering, David Singleton, Android Wear devices will be made available with screens of different shapes and sizes. He said that both smartwatch models from Samsung and LG have square displays, but Motorola’s will be round. He also said that the devices will be available in a diverse range of “fashionable designs.”

“We’re right at the beginning of a new phase of the miniaturization of technology, which means it’s finally possible to make a small computer that can fit comfortably on your body all day long,” Singleton said during the conference.

The Samsung Gear Live costs $199 and the LG G carries a $229 price tag. Those who pre-order either of these smartwatches from Google Play should receive them on July 7.