The department store has revealed that it is boosting its use of smartphone friendly technology in-store.

Macy’s has revealed that it is keeping up with the times and is making sure that its shopping experience is compatible with the favorite device of most of its customers by enhancing its mobile commerce capabilities in a number of different high tech moves.

For instance, it has expanded its iBeacon mobile marketing messaging capabilities through Shopkick.

This will allow the location based marketing experience to be available throughout the holiday season not only at its flagship shops in New York City and San Francisco, but also to other locations across the United States. This could make it the most large scale retail implementation of iBeacon mobile commerce tech that has been seen so far.

That is only the beginning of its expansion of mobile commerce and shopping capabilities for consumers.

The retailer also announced that it will be bringing in the Image Search image recognition app, which was created within its Idea Lab. That stand alone mobile app has also been incorporated into the Macy’s application. Based on the customer’s images, this software will provide consumers with recommendations for items that can be found either in the store itself, or on their online or m-commerce website.

Moreover, in certain cities, items purchased online or over m-commerce will have same day delivery available. This has become possible through a partnership with a startup called Deliv, and will be available in Los Angeles, Chicago, Houston, San Francisco, Washington D.C., San Jose, San Francisco, Seattle, as well as the state of New Jersey.

This is only the latest in several moves that have been made by Macy’s to ensure that it is keeping up with the smartphone and tablet based shopping experience. It also makes the retailer one of the first to have established its range of different mobile commerce capabilities in advance of the 2014 holiday shopping season. Beyond image recognition and iBeacon, it has also announced that Apple Pay transactions will be accepted at both its Macy’s and its Bloomingdales stores, and that beyond same day delivery, in store pickup services will be expanded.

The iconic Canadian department store retailer is testing out a new way to reach its customers via smartphone.

Hudson’s Bay Company is now testing out a new mobile marketing program that is designed to give shoppers who are in the retail store locations to be able to receive messages in real time in order to enhance their overall shopping experience.

The retailer has announced that it is working with Swirl in implementing the technology for this program.

The company will be using geolocation technology at its five largest By and Lord & Taylor store locations in the United States and Canada in order to use this new mobile marketing program. This location based advertising technique will send consumers smartphone alerts when they walk into the participating stores. The use of this tech is a tremendous leap forward for Hudson’s Bay, which has had a noticeably lacking strategy in terms of general e-commerce.

The beacons communicate with the smartphones by way of Bluetooth, detecting that the phone has entered into a certain location and then sending out the appropriate location based marketing message or alert. 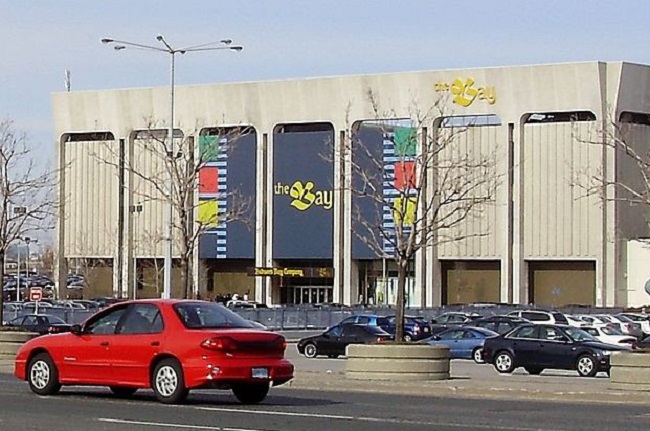 For instance, a customer in the store who was close to the display for purses may receive a message to inform them about the Michael Kors products that have just been added to the shelves. At the brand’s flagship store in Toronto, Canada, the entire home wares floor has been completely remodeled and shoppers entering the building are encouraged to check it out.

Beacons may also be able to identify people who have never entered the store, offering them a complementary cup of coffee to enhance their overall experience and encourage them to return for another visit.

According to the executive vice president and chief marketing officer for Hudson’s Bay Company, who spoke about this geolocation technology based mobile marketing pilot, “The amount of mobile usage that our customers are engaging in has grown dramatically.” He also added that “As a retailer, if you’re not thinking about the impacts of mobile on your retail marketing, you’re really missing the boat. We saw this trend, we’ve watched the data, and we’ve been looking for ways that we can enhance the store experience through mobile.”