Ericsson, a leading communications technology firm, has announced that it has formed a partnership with Verifone Mobile Money. The two companies will work to make it possible for Ericsson’s to participate in the mobile payments sector. Together, Ericsson and Verifone intend to offer NFC-enabled point-of-sale services, as well as those that operate without relying on NFC technology. Such solutions may make it easier for consumers to use their mobile devices to shop for and purchase products both online and in physical stores. 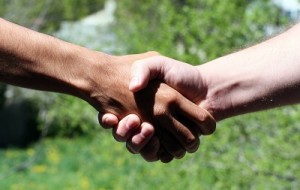 Ericsson will be integrating Verifone’s mobile payments technology into its Wallet platform. The Ericsson Wallet can be used to make mobile transactions and is supported by numerous retailers throughout Europe and elsewhere. NFC technology will be at the forefront of the partnership, as this technology is considered to be the backbone of the mobile commerce world. This technology allows digital information to be transmitted over short distances.

Consumers have come to embrace mobile payments quite readily. This is because of the convenient nature of mobile transactions and shopping in general. Platforms, such as Ericsson Wallet, can be used to pay for goods and services using nothing more than a mobile device. Such platforms are particularly popular among consumers that do not have bank accounts, as it gives them a way to effectively manage their finances.