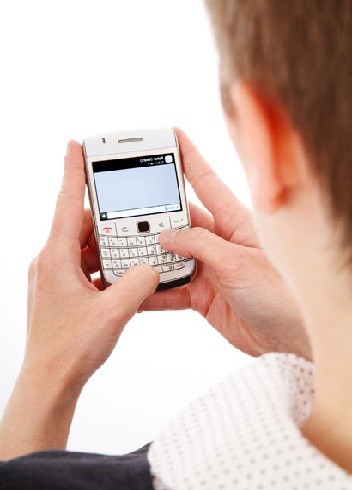 Last month’s Thanksgiving shopping weekend has provided mobile commerce with a huge amount of credibility, especially among retailers that have been looking to engage mobile consumers in a dynamic way. Indeed, that single shopping weekend may have provided mobile commerce with enough momentum it needs to become the most preferred tool of the retail industry. eBay, one of the world’s largest online retail entities, believes that mobile commerce is reaching the point where it may replace more traditional forms of commerce and even e-commerce itself.

Steve Yankovich, vice president of mobile for eBay, recently spoke with CNBC concerning the growth of mobile commerce. According to Yankovich, mobile growth has significantly exceeded the company’s expectations. Four years ago, mobile commerce was little more than an idea. Now, eBay expects to see mobile sales on its eBay Mobile platform exceed $10 billion within the next few years.

Convenience may be a major driving factor behind m-commerce

The key to the success of mobile commerce may lie in the convenience of the concept. Consumers are becoming increasingly reliant on their mobile devices to function in daily life. As this trend picks up momentum, consumers are beginning to look for ways to turn their smart phones and tablets into payment platforms for the sake of convenience. A mobile device can, with the proper software, serve as a type of digital wallet, storing a consumer’s financial information, coupons, tickets, and other such virtual items in a singular space. This allows consumers to access all this information quickly and efficiently.

Competition on the horizon

The success of mobile commerce does not mean clear sailing ahead for eBay or the other companies that are investing heavily therein. Companies are expected to begin heavily competing with each other for a significant share of consumers that are interested in mobile commerce. eBay has a decent head start thanks to its PayPal unit, but Google and Isis are expected to begin appealing to more consumers as time goes on.

eBay has experienced a very promising beginning to the holiday shopping season this year. The online retail giant has released data concerning mobile sales that were made over the Thanksgiving and Black Friday weekend. This data comes from eBay itself, as well as its Marketplaces, PayPal, and GSI Commerce divisions. The company will not be providing overall sales information this year, but its mobile sales have been made publicly available, showing a strong performance for the company’s various mobile commerce initiatives.

Mobile sales up across the board

Positive performance largely due to focus on mobile consumers

eBay notes that much of the success it has seen in the mobile commerce realm comes from the company’s increased focus on mobile consumers. eBay has been positioning itself to engage these consumers in an aggressive way, well before the holiday season even began. The company predicts that mobile commerce and similar services will shape this year’s holiday shopping season and any companies not focused on appealing to mobile consumers could miss out on an ideal opportunity.

There is still a lot of time left in the 2012 holiday season and eBay expects to continue seeing positive results from its mobile commerce initiatives. Other retailers have been reporting similar results from their own focus on mobile commerce. The performance of these ventures is expected to boost the popularity of mobile commerce within the retail industry, encouraging more companies to adopt platforms that allow consumers to pay for products with their mobile devices.