Gemalto, a leading provider of digital security solutions, has been chosen by China Mobile to protect consumers using mobile payments for mass transit in Beijing, China. The company will be using its UpTeq NFC Multitenant SIMs in order to protect consumer information when they are making payments for transportation services. The SIMs that mobile consumers will be using will come pre-loaded with the Beijing transit application, which is used by more than 22 million commuters every day.

The application has been a boon for those making daily commutes. The app allows people to pay for transit services using their mobile devices, making the payment process more convenient. China Mobile has been a prominent supporter of mobile payments in recent years and believes that the public transportation space could use more support in its engagement of mobile consumers. Ensuring that payments made from a mobile device are secure could encourage more people to take advantage of the mobile services that the public transit space is offering. 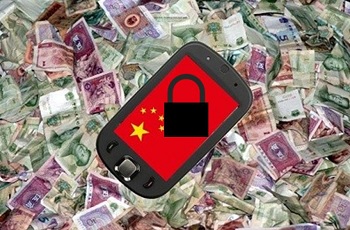 The UpTeq NFC Multitenant SIMs will be able to host a wide range of mobile services, including couponing and loyalty programs. The SIMs will be able to give most smartphones NFC capabilities, allowing them to interact with NFC-based payment and marketing initiatives. China Mobile users will also be able to make use of NFC-enabled mobile applications that can be downloaded through the organization’s 4G networks.

Security is one of the top priorities for companies that are beginning to enter the mobile commerce space. Many consumers have been wary of mobile payments because of the lack of security solutions available for new payment platforms. As security increases, more consumers are likely to participate in mobile commerce. Gemalto has significant experience in matters of security and may be able to help promote mobile payments among Chinese consumers.