Mobile payments may experience lackluster growth in Canada. A new study from GfK, a global market research firm, shows that Canadians are somewhat apprehensive when it comes to using a smartphone to make a payment. While Canadians have developed a reputation for being early adopters of new technology, they are not convinced that mobile commerce is a good solution for shopping or as secure as it should be. Notably, security is one of the biggest issues that consumers in Canada are concerned about.

According to the GfK study, Canadians consider security to be a major issue when it comes to mobile payments. Many mobile commerce services have become available in Canada, but relatively few of them have proven that they are capable of ensuring the safety of consumer financial information. Some high-profile cyber attacks in the United States and Canada have also called into question whether or not mobile commerce services are safe.

The study also notes that Canadians may not be interested in mobile payments because they already have plenty of ways to pay for products in stores. ATM transactions are significantly larger in Canada than they are elsewhere and the country’s ATM and debit card structure is well designed to meet the needs of consumers. In order for mobile commerce to grow in Canada, consumers would have to train themselves in new ways to purchase products and break old habits concerning physical currencies and payment cards.

Some large retail organizations have been making moves to establish a foothold in the mobile commerce space, but have found relatively little support among consumers. As such, retailers have begun to pull back their mobile initiatives, focusing more on traditional forms of commerce and giving consumers access to services they may be more comfortable with. 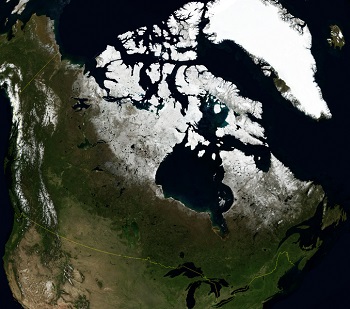