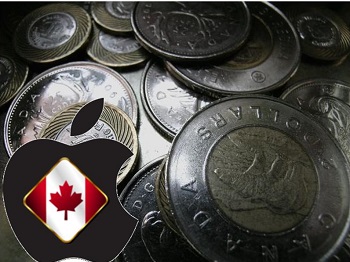 New mobile payments apps are preparing for the launch of the iPhone’s own option.

As Apple Pay is now on its way to Canadian consumers, the UGO mobile wallet is getting itself ready to deal with a market that will have a much larger amount of stiff competition to face.

The mobile wallet was created by UGO Mobile Solutions LP, with the backing of two Canadian banks.

That mobile wallet was first launched in December, and has managed to accumulate 50,000 users since that time, but it is now facing a considerable threat as Apple Pay heads out of the United States and into some additional countries around the world. Users of UGO are able to complete mobile payments transactions through the credit cards that have been issued by either Toronto Dominion Bank or President’s Choice Financial. This allows users to pay for purchases by tapping their NFC enabled smartphones against wireless terminals installed at retail checkout counters. That app also supports the loyalty cards of those retailers.

Now, UGO and other mobile wallets are getting ready to have to contend with Apple Pay, a very large entry.

UGO isn’t alone in facing the Apple mobile payments threat as it enters the Canadian space. Other local players such as Suretap – a mobile wallet created by Rogers Communications Inc, one of the largest wireless carriers in the country – is also finding itself preparing for the change in the competition.

Apple has already sent its mobile payments service into the United Kingdom and is going to take that service into a number of other countries, including Canada, before the end of the year. While many customers are interested in seeing their iPhone 6’s and 6 Plus’s in action at the checkout counter, it has yet to be known exactly how much interest there is in this market space among Canadians.

UGO is geared up to sign up as many active users as it can before the arrival of Apple Pay. Alec Morley, its chief executive officer, explained that the company is currently on track to serve 100,000 unique users by the end of the year, who will be using over 250,000 cards to pay for their purchases through this service.