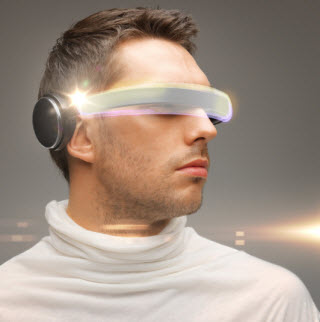 Deaf Magazine is now using the technology to help to give sign lessons to its readers.

Deaf Magazine has taken a unique approach to the use of augmented reality technology, and is now using it to not only bridge the gap between the printed page and the digital world, but also to span the gap between hearing and the hearing impaired forms of communication.

The group has now created Deaf, which is a magazine that places its focus on the German sign language community’s culture. The magazine, itself, is quite an impressive looking publication, but its potential has skyrocketed through the use of the augmented reality technology that has been worked into some of its pages.

The magazine works along with its own augmented reality app to provide readers with more information.

By working with both the print publication and the augmented reality application, the readers are able to see what is on the actual pages, but can then learn more about it through the use of their smartphones or tablets.

The team behind the magazine has pointed out that this has two layers of benefit. The first is that the deaf are able to learn some new words in sign. However, there is a second layer in which the magazine can also help people who don’t have any knowledge of sign language to be able to speak a bit of it. It can give them a start.

The response to the augmented reality experience has been a positive one, so far. Readers and tech experts, alike have appreciated the style in which it is used, as it converts something that would otherwise be static – that is, the page of the magazine – and enhances it in order to provide an improved learning experience by bringing it to life through animation.

This is the type of thing that is likely to occur at an increasing level in the print world, as time goes on. The use of augmented reality will be especially used by companies such as Daqri, which has already been using A.R. technology to enhance the experience provided by its educational applications.