SuperHeroes has worked AR technology into a new mobile marketing strategy for the consumer electronics company.

The creative agency known as SuperHeroes has now worked a new augmented reality features into a mobile marketing campaign for the Asus electronics company, featuring a talking bird named Edward.

The app was created through different partnerships with SuperHeroes, including with MiniVegas and Magic Bullet.

Together, the companies developed an augmented reality app in order to be able to create a talking bird named Edward who will sit on the shoulder of the mobile device user. The app has become one component of a broader mobile marketing campaign for the 2 in 1 Transformer book by Asus. This AR tech based app uses the front facing camera on smartphones in order to be able to allow their users to both view and interact with Edward.

When looking at the phone’s display, the augmented reality image of Edward is viewed on the device user’s shoulder.

According to a statement from SuperHeroes, a company based in Amsterdam, “Using the phone’s front camera we developed a face and shoulder detection algorithm that determines the location of the shoulder, allowing us to perfectly position everyone’s favorite bird with arms right on your shoulder.”

Edward then acts as a spokesbird for Asus and provides the mobile device user with an explanation of the Asus Transformer Book T100HA and his vision of its use. Throughout the interaction with Edward, the user can watch him fly his jetpack, juggle, dance, and can even take selfies with the user. The hope is that this interactivity will draw the attention of the user and make him or her not only more willing to hear what Edward has to say, but also to retain it and act upon it due to the positive experience they’ve enjoyed throughout the use of the app.

The augmented reality app is already available for both Android and Windows smartphone users and is available in their official app stores. That said, according to Superheroes, Apple has boycotted the app and will not sell it on iTunes due to a conflict of interests. 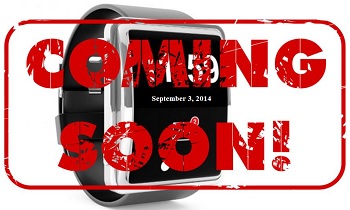