MasterCard has become heavily involved in the mobile payments space and the company is looking to make this sector more secure than it has ever been. MasterCard has announced that it has partnered with Coin and WiseKey. The partnership with Coin may be unexpected, as the company has encountered trouble with financial institutions in the past in regards to its smart card, which emulated credit and debit cards. Despite this, however, MasterCard believes that its new partnerships will improve the security of mobile commerce.

Through the partnership, a new developer program will be launched, providing access to an application program interface (API) to efficiently handle mobile transactions made through wearable devices as well as smartphones and tablets. MasterCard and Coin will work together to find ways to efficiently provide digitized card information that merchants can use to authenticate purchases. This is intended to track digital purchases for security purposes, allowing MasterCard and other companies to effectively crack down on fraud.

The partnership with WiseKey, a company that specializes in security, focuses specifically on wearable devices. These devices have yet to become mainstream, but the launch of products like Apple Watch have highlighted how they can be used to make mobile payments. MasterCard and WiseKey want to ensure that the transactions made through these devices is secure, which may improve their popularity among consumers that want to use these devices to pay for products in physical stores.

Security has long been a major issue in the mobile commerce space. Many consumers have avoided making mobile transactions because of security concerns, believing that their sensitive information would be put at risk. Several companies have begun improving the security of the mobile commerce space in order to increase confidence among consumers. MasterCard, as well as other financial organizations, have made significant progress in this regard over the past few years. 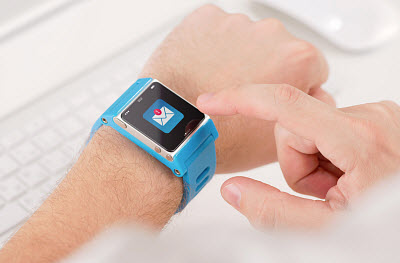