From its mobile wallet to the newest MacBook and, finally, the launch of the Apple Watch smartwatch.

When it comes to Apple technology news, few headlines are more important than those that report on one of the company’s few but always highly anticipated events, where rumors are proven to be true, or are swatted out of the air.

In the Spring Forward event that occurred yesterday, the most greatly awaited news circled around the Apple Watch.

However, when CEO Tim Cook took the stage, it was evident that the most wanted Apple technology news was going to be kept for last. He opened the keynote with some facts about the progress of Apple Pay, which now works with more than 2,500 banks and that is accepted at almost 700,000 locations and even over 40,000 Coca-Cola vending machines. This was followed by a brief discussion of the future of CarPlay and HomeKit.

The Apple technology news continued with the HealthKit and ResearchKit, which it claims to be promoting breakthroughs in medical study.

The newest Apple MacBook notebook computer was announced, in a device that is lighter and thinner than ever. The keynote showed that the sales of these computers have risen by 21 percent over the last year, despite the falling sales figures in the total industry. This new full-size Mac comes in space gray, silver, and gold and is 24 percent thinner than the MacBook Air 11 inch device. It weighs only 2 pounds and is just over 13 mm thick.

Finally, the smartwatch, the Apple Watch, was announced, stepping the company into the already crowded wearable technology market. Though there are many different gadgets already available from different brands and companies, many in the industry have predicted that it will be this specific device that will bring wearables into the mainstream.

There are three different types of smartwatch, including the Apple Watch (in stainless steel cases of traditional or space black), the Apple Watch Sport (in anodized aluminum cases in space grey and silver), and the Apple Watch Edition (in 18-karat gold cases of rose or yellow gold).

This was, by far, the most anticipated Apple technology news for the Spring Forward event. The smartwatch will be available for pre-order as of April 10 at Apple Retail Stores. It will begin shipping on April 24 to nine countries (U.S., Canada, Australia, China, France, Hong Kong, Germany, Japan, and the U.K. 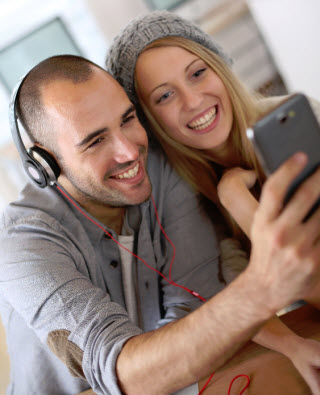