Thinfilm and Evrythng have now come together for companies to be able to use this tech.

Thinfilm and Evrythng have now announced that they have enter into an agreement that will make it simpler for companies to be able to use the NFC technology sensor and barcode labels on their products so that they will be able to achieve better data flow management from the labeled items.

This involves the use of Thinfilm’s labels in combination with the Evrythng identity management platform.

Evrythng is a startup from the United Kingdom that is backed by Cisco, despite its awkward name. It seeks to be able to provide the layer for identity management over the internet of things. That business has now agreed to a partnership with Thinfilm, which is a printed NFC technology electronics company based in Norway.

This can bring together powerful identification with wireless labeling based on NFC technology and barcodes. 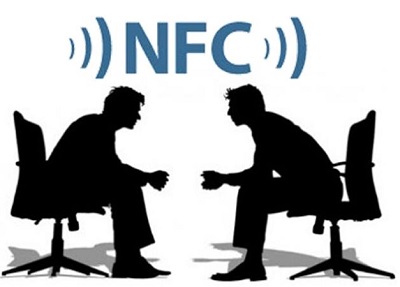 Thinfilm has made a name for itself by manufacturing smart labels that contain various types of sensors and displays, as well as near field communication capabilities. These can be added to virtually any kind of product, including everything from clothing to food packaging. By joining that type of wireless labeling with Evrythng, the labeled items will be able to have their “identities” managed by the companies through the use of the Evrythng platform.

Niall Murphy, the head of Evrythng, by adding printed electronics capabilities, it allows companies to be able to fix the scalability and cost issues that are linked to connecting objects to the world wide web in order to achieve tracking and interaction abilities. Flexible and printed electronics are on their way in a considerable wave for enhancing connectivity and to allow companies and consumers to benefit from a range of additional uses through a method that is inexpensive and increasingly simple to manufacture.

This also means that through the use of barcodes and NFC technology, individuals will be able to use their smartphones in order to read the labels so that they can be connected to the features on the Evrythng cloud platform, allowing for everything from product tracking to helping to overcome counterfeiting.

Unofficial reports are now stating that the so called iWatch will be available in September.

According to a published report that has not been confirmed by Apple, the company’s long anticipated smartwatch, dubbed the iWatch, will likely be launched before the end of the year, and this will probably occur in September.

It is expected that the wearable technology device will have a heavy focus on health monitoring.

The going belief is that the smartwatch will contain at least 10 different sensors that will allow the wearer to be able to collect various forms of health measurements and other types of data. Even the Wall Street Journal is publishing its own predictions about the iWatch, which it believes is currently being planned in a number of different possible screen sizes.

Apple has been a latecomer to the smartwatch market, as the majority of its competition is already offering something.

For instance, Samsung, Qualcomm, Sony, Pebble, and several others have already launched their wearable technology gadgets. In fact, a few of them have already released more than one generation after having produced an update based on new technological developments and user feedback.

The majority of these wearables are currently focused on providing clock functions, email, call, and text notifications, and other similar features. Samsung released its Gear 2 line, this year, which added a range of apps that are fitness related, and the mobile device, itself, is equipped with a heart rate sensor.

It has been long believed that Apple has been working on its own iWatch, which is not an official name, but is merely the title that has been given to this rumored product. As is the policy of that manufacturer, absolutely nothing has been confirmed or denied regarding any of the claims that have been made about a smart wearable from its brand.

That said, it is broadly believed that it is in development and that its release should be expected quite soon. The main question isn’t whether or not the smartwatch exists but is rather when it will be officially launched. The going belief is now that the device will be launched in September, and that it will join the market at the same time as the company’s next range of iPhones.