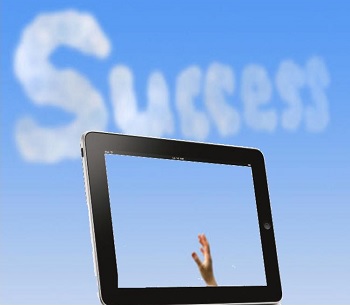 Rumors about the next Apple smartphone are flying and they include a number of additions.

The latest predictions about the iPhone 5S have been claiming that Apple will finally be including NFC technology in its device, and that it will be combined with a fingerprint reader for added mobile security.

This new pair of features could allow Apple to support payments with a great deal of added security.

Neither the rumors about the inclusion of NFC technology or of the fingerprint reader are new, but they are becoming increasingly prevalent in the predictions for the iPhone 5S. Both of those features had been predicted for the iPhone 5 release, but it looked as though the manufacturer was seeking further development before they were to be included in a release.

NFC technology has been long awaited from Apple mobile devices

According to Ming-Chi Kuo, an analyst from KGI, it is expected that the fingerprint reader will be built directly into the newest device’s home button. In addition to this prediction, the latest rumor from China, through Macotakara, has said that it is also the manufacturer’s intention to enable the iPhone 5S with NFC technology – a feature that was notably lacking from their last smartphone release.

This would allow the new smartphone to support mobile payments at any of the growing number of retailers and merchants that are already supporting mobile payments based on NFC technology. The security for the use of that type of transaction could be heightened if combined with the use of the fingerprint reader under the device home button.

In 2012, Apple purchased Authentec for $356 million, which would allow the company to add fingerprint reading to its devices for greater security levels. Authentec had already established itself as an expert in mobile biometric security even before it was acquired.

As security has been a considerable barrier to the use of mobile payments by consumers, the addition of the combination of the fingerprint reading with the NFC technology might make the difference in allowing consumers to feel more comfortable and secure in using their devices in place of a loyalty, credit or debit card for making a purchase while shopping in store.