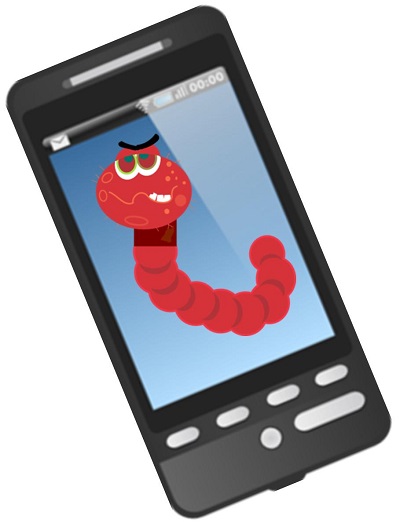 Just as smartphone users are beginning to realize that their small screen devices could suffer just as big a malware threat as their laptops and desktop computers, a new mobile security announcement has been made which has revealed that Android users who speak Russian are being targeted by a new type of text based attack.

This specific form of mobile malware moves right in to the device contact list to spread and infect others.

According to Eset, a security vendor, the malware is a worm-like virus called “Android/Samsapo.A”. Once it has made its way into a device, it can download other malicious files into that device, as well, making it a mobile security problem that only gets worse. It can also steal an individual’s personal information from his or her smartphone or tablet, including from text messages, and it can block phone calls from being made or received.

This mobile security threat is a very new one and it is important for device users to be aware of it.

According to a malware researcher from Eset, Robert Lipovsky, this virus uploads the data that it obtains from a device into a domain that is less than a month old. The spread of the Samsapo virus occurs by automatically sending out text messages from the infected mobile device so that they will be received by other people whose contact data is saved within the address list.

The virus has a rather worm-like characteristic in that has been used in other forms of malware that have been infecting smartphones and even tablets. In this specific case, the text message that spreads the virus currently says, in Russian, “Is this your photo?”. It provides a link that directs the device user to an Android app package file (.APK), which contains a copy of the virus, which will then be downloaded into the new device, starting the process over again.

Lipovsky stated that “This technique wouldn’t raise an eyebrow on Windows, but is rather novel on Android.”

The best way to avoid this type of mobile security breach is to avoid the download of third party platform apps, and to keep away from websites that provide sketchy, illegal, threatening, or dangerous content.