Mobile payments are catching on in the United States. According to information from the Federal Reserve, more people are using their smartphones to manages their funds than ever before. Doing so represents a convenient way to conduct commerce, as mobile devices can be used anywhere and at any time. The Federal Reserve has made note of a spike in mobile banking from 2013, with more people opting to manage their bank accounts online from a smartphone or tablet.

According to the Federal Reserve, 39% of smartphone owners are actively using a mobile banking application, an increase from the 33% of consumers that did so in 2013. The agency has also made note of an increase in mobile payments in 2014. The agency’s information shows that 22% of smartphone owners made a mobile payment in 2014, up from the 17% of mobile consumers that did so in 2013. Notably, the vast majority of those that did make a mobile payment did so by using QR codes, which have become a very powerful mobile commerce tool. 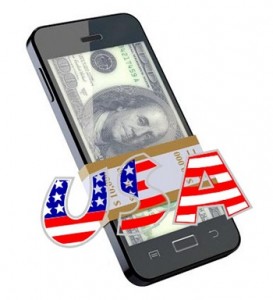 Banks in the United States expect mobile banking and payments to gain popularity. One of the reasons more consumers are showing interest in mobile payments has to do with the launch of new services, such as Apple Pay. Most of the country’s major banks signed up to support Apple Pay when it launched in October of 2014, and many have seen an increase in mobile payments activity since then. According to Apple, $2 of every $3 spent across Visa, MasterCard, and American Express networks is being made through Apple Pay.

Mobile payments are expected to continue gaining traction throughout the United States. Consumers are becoming less wary of mobile commerce as services become more secure and capable of protecting their financial information.