Shopify introduces Sello, making it easier for consumers to sell products in the mobile space

With more people entering into the mobile commerce landscape, some are finding shopping and making purchases with their mobile devices somewhat difficult. They are also finding it somewhat complicated to sell products in the mobile space. To resolve this issue and make mobile commerce somewhat simpler, Shopify has launched a new mobile application, called Sello. The app is free for both iOS and Android devices and is designed as a convenient way for people to participate in mobile shopping.

Sello is meant to allow anyone to create an online store, share the products that they find or offer through social networks, and make payments from a smartphone. Sello is not geared toward merchants that have significant comfort in the mobile shopping space, rather it allows a wide range of people to sell products in much the same way merchants do through Shopify’s primary platform. Shopify suggests that the average consumer has found it challenging to sell products online in the mobile space, but Sello may be able to change this. 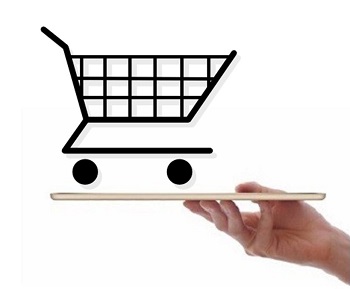 Consumers have long found selling products through conventional e-commerce platforms somewhat convenient. As mobile devices become more prominent, however, these sellers are beginning to focus more heavily on the mobile space. Finding convenient ways to accomplish this has been difficult, but Sello’s ability to interface with social networks could make mobile shopping and selling easier, allowing more consumers to participate in mobile commerce more often.

Shopify has taken note of the rise in casual selling

Shopify has a great deal of experience in the mobile commerce space, having provided many retailers with a wide range of services in the past. Sello represents a first for Shopify, which had been focused on established merchants for much of its existence. The rise in casual selling has lead Shopify into new territory, hoping to better engage consumers and make them more comfortable with mobile commerce as a whole.