The digital wallet giant has chosen its new tack to achieve dominance in this increasingly crowded space.

PayPal used the massive Money2020 event in Las Vegas to reveal that it is getting behind QR codes as a part of its broader plans for mobile payments that will carry their online successes over to the in-store experience.

The decision to choose the barcodes has added to a trend beginning to turn away from NFC technology.

The decision that PayPal has made to use QR codes as a central element of their mobile payments experience underscores the progress that the technology has made among both merchants and consumers. It reflects the fact that consumers have become familiar with the black and white squares, and know how to scan them using their mobile devices. 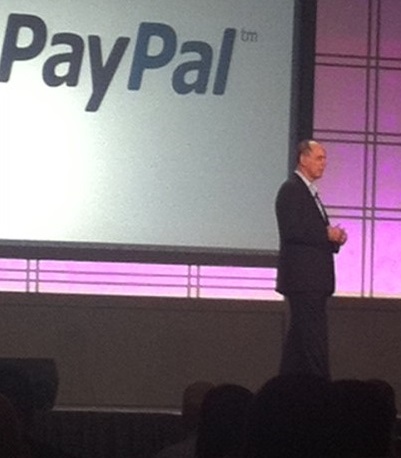 The QR codes will provide a boost to the security level of the Beacon solution that was launched last month.

PayPal has taken a considerable focus on moving into the brick and mortar experience, along with a flood of other industry giants that are hoping to become leaders in the mobile payments sphere. Though NFC technology had been believed to be a possible standard in this area, the very slow adoption of Google Wallet, Isis, and other wallets based on near field communications has caused many providers to look to other tech possibilities.

The alternative that stood out at Money2020 was QR codes, which were selected for integration by not only PayPal, but also MasterCard – a provider that has based its services on NFC for some time now, and intend to continue this over many different types of devices as a complement to the use of the barcodes.

Vice president of retail and prepaid products at PayPal, Don Kingsborough, was present at Money2020 and explained that the adoption of the QR codes is a part of the overall trend toward the omni-channel experience. This is a more seamless version of the multi-channel experience, where one crosses into the next, instead of remaining parallel to one another.

To illustrate the concept using PayPal technology, a consumer could walk into a store with her mobile device. At that time, the PayPal Beacon provides that individual with an alert regarding a deal that is going on in the store. The consumer can then pick up the item and bring it to the point of sale, where the transaction can be completed using mobile payments that are secured with the scans of QR codes. In this way, the in-store, online, and mobile experiences coexist and provide the consumer with a considerably enhanced shopping experience.