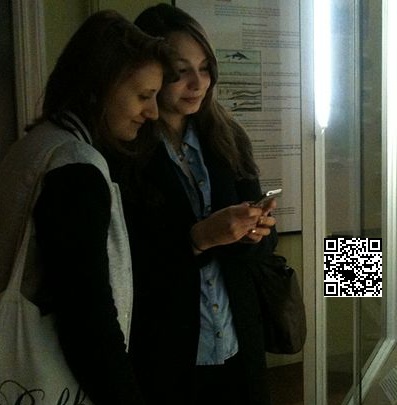 The store location in Ginza, Tokyo, is using quick response barcodes in a unique new way.

Ginza, Tokyo, is one of the most luxurious shopping districts around the globe, and its Barneys New York location is now using QR codes to appeal to a chic, tech savvy, and smartphone equipped consumer.

The barcode display has been designed to project it onto the storefront window every fifteen minutes.

The display was created by Simon Doonan, who has been creating window setups for the company for a quarter of a century. The QR codes in these displays are shown only once every quarter of an hour, and individuals who are patient and lucky enough to be able to scan them enter into the chance to win one of a number of different prizes.

The display with the QR codes is being called the “Treasure Hunt Window”.

The promotion ran throughout the entire length of the holiday season in order to give consumers the largest possible opportunity to spot the QR codes, scan them, and grab their chance to win a prize.

These window displays have been capturing a large amount of attention and have effectively brought traditional advertising and the mcommerce channel together. It has also provided the company with an added opportunity to sell more product throughout the holiday season – regardless of whether or not the store was actually open at the time – as users were also capable of heading to the store’s optimized website.

This means that the QR codes allowed consumers to try to win a prize, but they could also visit the mobile commerce website so that they could view some of the many products available at the store, and make a purchase as the site is equipped with a shopping cart and checkout option, as well.

This is not the first time that QR codes have been used by Barneys New York. They have also run a full magazine ad campaign that gave smartphone users the same opportunity to shop at the mobile optimized website of the store and to learn more about the products that they have seen in the ads that were printed in the magazines.