The company has just unveiled a new sale with coupon codes that slash the price of this mobile technology.

Although Mogix has already made quite a splash with its power bank, since its first launch, it has now announced that it wants to celebrate its “new” successes with a sale that will bring consumers a greater opportunity to grab up the gadget and a great deal at the same time.

This brand is already recognized for its lighthearted promos and its spokesdog that loves to travel.

Their announcement has revealed that they have three major new points to offer about the Mogix power bank:

This mobile tech gadget promotion aligns well with some of the previous campaigns that they have held, such as their “Stuck in the Middle” sale that was designed to give shoppers a reason to celebrate in the space halfway between the Christmas/New Year holiday and Valentine’s Day.

The power bank, itself, is quite impressive and has managed to bring in strong customer reviews. 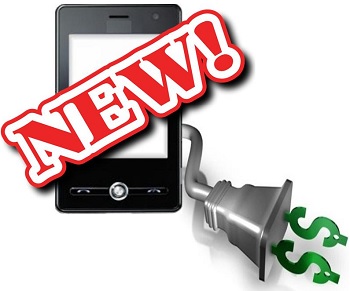 The portable battery charger has 10400 mAH, which is enough to charge most smartphones 4 to 6 times before it needs to be plugged in. It’s slim and lightweight which means that it will fit into any gym bag, purse, or even pocket. This makes it easy to bring with you, regardless of whether you’re traveling to work or school, or headed halfway around the world.

The company is a reputable one. It provides strong customer support along with a 100 percent no risk guarantee. On the product’s Amazon page, it boasts well over 200 perfect 5-star verified customer reviews.

To take advantage of this latest “new” sale follow this link-

– and bring these coupon codes along:

Mogix didn’t include an end date to its power bank sale in its announcement, but since nothing stays “new” forever, it is likely better that anyone interested act sooner rather than later if they want to get in on these great savings act sooner.