Consumers are now looking for a different range of selling points in order to attract them to buy.

The speed at which technology has been advancing has also caused mobile trends to start to change in terms of what consumers find most appealing, and which features will cause them to choose one product over another.

Ten years ago, there were no smartphones, and the cell phones that were available were heavy and huge.

In the earlier days, the level of technology that was available made lighter and smaller versions of products such as laptops, cell phones, and tablets into very appealing mobile marketing trends. People didn’t just want their devices to be less heavy and to be thinner, they needed them to be that way in order to make them more practical. Mobile device makers were always keen to be able to say that their device was the thinnest or the lightest in the world.

However, these mobile trends have now changed as the majority of devices are very light and extremely thin. 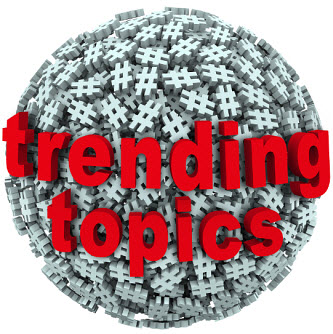 Even the battery life, which has traditionally been a vital feature in mobile technology, is starting to decrease in importance as a selling feature. While it is still up there on the list, the fact that the majority of mobile devices can be used for long hours or even days, and portable battery chargers are becoming higher in quality and more affordable means that most gadget owners don’t find themselves in a lurch after making only one long phone call.

It appears as though the goals for lightness and thinness have essentially been reached in the eyes of the consumer, and shoppers are now looking for something more from their mobile technology. The key is for device makers to keep on top of the tech trends and to make sure that as they change tacks so that they are developing and advertising their latest features, they will be capabilities that people actually want, will find relevant, and will convince them to choose their product over another.

Failing to do so will only cause manufacturers to be victims of the latest mobile trends. This helps to explain why iPhone customers with the previous most recent device were not necessarily among those waiting in line for the iPhone 6 upon its release, and why Samsung has been watching declining sales, this year.