A new study has revealed that higher age brackets of Americans are now buying smartphones.

Although smartphones are typically considered to be the devices of the younger generations, recent mobile technology news is showing that people in the older age groups across the United States are starting to become owners of these devices, as well.

Some of the latest tech research has indicated that Millennials are far from the only ones with smartphones.

This mobile technology news is the result of a Nielsen survey, which were recently published. What it showed was that among Americans who are aged 55 years and older, 51 percent now own smartphones. This is a considerable increase for that age group over the figure from early 2013. In fact, there has been an increase of 10 percent over that span of only one year. This data is quite notable as it reveals that smartphone penetration is growing among everyone.

This mobile technology news shows that most of the people in every age group now own smartphones.

This increase in smartphone ownership represents the very first time in history that the majority of every age group now owns one of these mobile devices. Out of every ten Americans, Nielsen’s data suggests that seven are now smartphone owners. Moreover, 85 percent of new cell phone shoppers are choosing smartphones over feature phones and other forms of the devices. 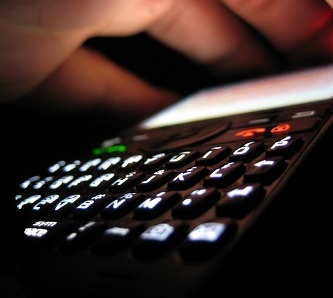 Among all of the smartphone manufacturers, Apple continues to hold its position at the top. Among all owners of these mobile devices, 42 percent in the United States are choosing products from that company, said the recent survey. That said, the operating system that is most popular among all of the cell phones that are owned in the United States is still Android. In terms of numbers, that Google OS has an advantage because it works devices across several different manufacturers.

Among the Android smartphones, 19 percent are manufactured by Samsung. The mobile technology news isn’t as good for BlackBerry, which continues to slip out of popularity. Windows Phone based smartphones represent only 3 percent of those in the United States.