This new partnership has just been signed between the two companies to allow for broad scale M-Pesa signups.

Vodafone has now entered into a deal with Moneygram, a specialist in currency transfers, which will make it possible for users to exchange mobile payments from among 200 different countries to other users who are signed up for the M-Pesa service. 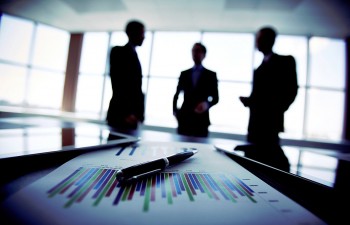 The rollout is now being scheduled to occur in phases, starting in the spring of 2014.

Once active, it will allow consumers to use mobile payments to add money directly into accounts with M-Pesa or to send money directly through transfers from one account to the other. This will be possible through the mobile apps or through the official Moneygram website. This will help to provide a service that the companies feel is greatly needed at the moment.

There is a demand that is currently unfilled for sending mobile payments to family and friends worldwide.

According to the director of M-Pesa at Vodafone, Michael Joseph, “There is huge demand for sending funds back to family and friends in your home market and an estimated $90bn2 per year is transferred to M-Pesa markets from around the globe.” He went on to say that this newly formed partnership that his company has established with Moneygram will now allow them to offer the broadest network, worldwide, as well as the most access points for consumers who are hoping to be able to send money to users of the M-Pesa service.

M-Pesa is already available in a number of countries, particularly in the Middle East, South Asia, and Africa. These nations include India, Egypt, Tanzania, Kenya, Lesotho, the Democratic Republic of Congo, Mozambique, South Africa, and Fiji.

The purpose of this mobile payments service is to make it possible for “unbanked” individuals, that is, people who don’t have access to the traditional type of bank account, to be able to send money to one another through the use of their cell phones. This has made it especially popular throughout those regions of the globe and it is continuing to experience considerable use as well as growth, there.