The President was recently reported to have held his flight in order to retrieve his handset after having forgotten it.

Reporters at the White House recently reported that President Obama had been seen getting back off the Marine One helicopter, only moments after boarding, so that he could return to the official residence, as it seems that his BlackBerry had been forgotten.

A New York Times reporter tweeted that he explained that the delay was the result of having to fetch the smartphone.

Other news reports have also revealed that the President delayed the flight in the helicopter after having forgotten his BlackBerry. After this story became quite large, particularly over social media, Obama addressed reporters, asking them “Didn’t you guys ever forget something?”

Obama has proven to be one of the most loyal of BlackBerry users, which is likely a matter of pride for the company. 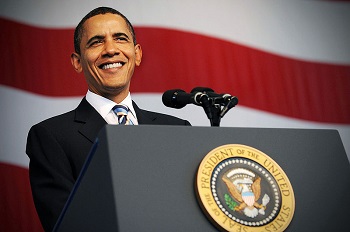 At a time in which the Canadian handset manufacturer has entirely shifted its focus to the business and government markets – its original position – and has left the consumer market behind, the fact that President Obama has remained a holdout throughout the last few years in which the company, formerly known as RIM (Research In Motion), has seen considerable struggles, particularly on the consumer side.

The company has never ceased to keep up its concentration and reputation when it comes to mobile security, and this is likely one of the features that the president finds to be the most appealing.

Back in March, Jay Carney, who had been a spokesperson at the time, explained that the White House had stated that it would be keeping up their use of BlackBerry smartphones and would not take part in a Google Inc. pilot program that would have had them using smartphones that were based on Android software.

President Obama is far from the only head of state who is still using a BlackBerry. Recently, others have also been seen with their smartphones equipped with the distinctive QWERTY keyboard. They include the United Kingdom’s David Cameron, as well as Angela Merkel from Germany. It looks as though 2015 will be another defining year for the company.