It seems users may already be growing bored with the video game company’s first smartphone app.

Almost two months ago, Nintendo entered the mobile gaming market, launching its first game app, Miitomo. Unsurprisingly, it was a huge success when it first hit app stores, surpassing 4 million active users in mid April and pulling in an impressive $280,000 per week for the company. Since its launch, the Nintendo mobile game has had over 10 million downloads. However, it seems to have lost momentum, and interest for the game appears to be waning, turning this somewhat social network-style game into a ghost town.

A recent study conducted by Survey Monkey Intelligence found that while the game has had 10 million downloads, not all of these players have returned to the game. In fact, according to the study, it is estimated that presently only 2.5 million users actively play it, which is a low number considering the millions of downloads the game has had.

This is problematic for Nintendo because since the game is like a social network, the gameplay relies on users interacting with one another. Therefore, once the user-base drops, there isn’t too much that can be done to maintain interest.

The fact that this Nintendo mobile game also functions like a social app could be one of its downfalls.

One of the reasons why Miitomo may be declining so rapidly is due to the fact that it is a social app/game hybrid. Once a player’s Mii is fully customized, all that’s left for a player to do is explore little quests and play the app’s solitary games. While players can use their Mii to interact with other players, unless players want to interact with random strangers more than their friends, it likely won’t be that fun.

That said, it’s still too early to tell if Miitomo will become the Japanese gaming giant’s first mobile app blunder. Nevertheless, even if it turns out to be a bust, this Nintendo mobile game won’t be the company’s last. 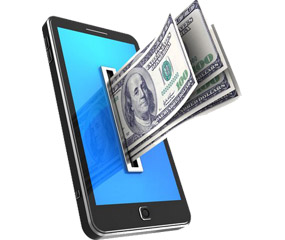