A shocking car safety advertisement from Volkswagen (VW) realistically demonstrated the hazard of texting while driving at the MCL Cinema in Hong Kong, thanks to location based marketing technology.

The ad demonstrated to viewers just how dangerous texting and driving can be.

Prior to showing the feature film, the cinema showed the movie theater audience an advertisement that began with someone starting their car, listening to some peppy music and driving along a road densely populated with trees. The ad was shot in a first-person perspective, creating the atmosphere that the viewer was the one behind the wheel operating the vehicle.

The scenic drive continued for a little while until suddenly all of the moviegoers with mobile phones in the theater simultaneously received a text. When they took out their handsets to check the message, the car on the cinema screen careened off the road and crashed into a tree. The stunned moviegoers looked up from their phones to see the smashed windshield of the car. This image faded to a white screen and was followed by this message from the German automobile manufacturer: “Mobile use is now the leading cause of death behind the wheel. A reminder to keep your eyes on the road.”

This location based marketing strategy proved a powerful point.

The people in the move theater who received the text could not resist taking their eyes off of the screen to read the message on their phone. This is exactly when the crash occurred. The people who checked their mobile devices did not see the accident coming and that is precisely the point. All it takes is a moment or two of distraction with eyes off the road for an accident to happen.

This ad stunt, created by Ad Agency Ogilvy Beijing, was made possible at the Hong Kong cinema because the theater featured a location-based broadcaster. This technology enabled those behind the scenes to send a group text to all the patrons in the room at the same time.

So far, Volkswagen and Ogilvy Beijing’s location based marketing “Eyes on the Road” demonstration has generated a positive response. A video that captured the audience’s reactions, which has been uploaded to YouTube, has received over 12,000,000 views and counting. 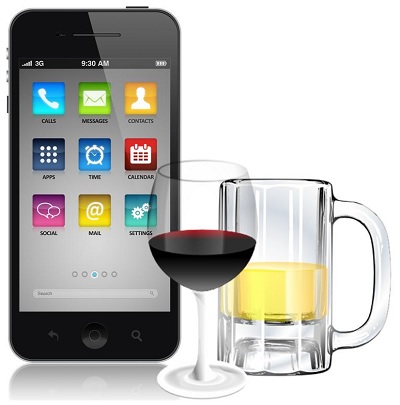